For Todd Curran and his Savage Apparel Co. team, March roared in like a lion: The company had, this year, finalized a merger with two Pacific rivals to form a new company, XII Brands. The firms specialize in custom apparel for sports like ultimate frisbee, dodgeball, quidditch and other nontraditional team sports. 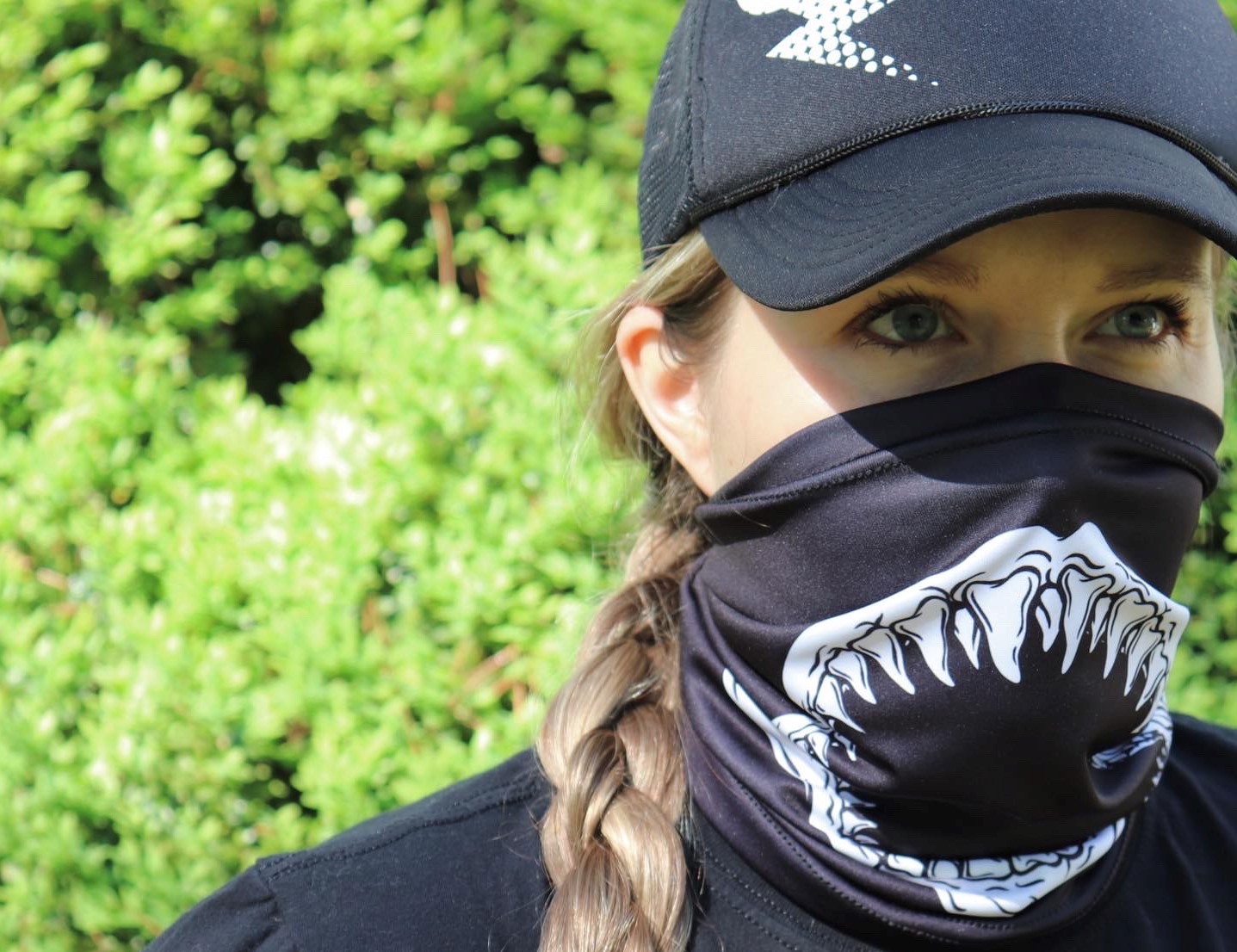 Savage quickly pivoted in the wake of the coronavirus to pushing its “neckies” on its website. It has sold thousands since March.

That high lasted about 13 days.

Then lockdowns began, social distancing became the norm, and team sports and schools — a big driver of XII revenue — were shut down. New orders plummeted, existing ones canceled.

The company, which days earlier was featured across local media for its merger news, was forced to cut 12 of its 31 employees. Curran, XII’s CEO, was down but not out. The company pivoted to create a line of “neckie” face coverings (one variant complete with a shark’s jawbone for added savage-ery), and has since sold thousands all over the country. XII is also looking at creating a line of eco-friendly scrubs for healthcare professionals, which is where Curran sees the apparel market heading for the time being.

Curran, who owns the company with his brother and a third partner, applied for PPP funding through Virginia Community Capital, where he had an existing relationship. His loan approved, XII will use the funds to rehire some of its workers. “Unlike a lot of other banks, with VCC, I got to talk to and work with a human from day one of the process,” says Curran. “We don’t know what will happen in the future, but it’s great to have a partner in VCC who can give us some peace of mind and allow our core team to focus on rebuilding our company into something even bigger than it was before.”