Home / News / Supporting the Byrd experience and the community it serves

Supporting the Byrd experience and the community it serves 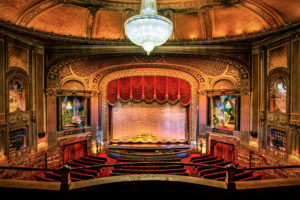 One of the most iconic buildings in Richmond is the Byrd Theatre, located in the heart of one of the city’s most admired neighborhoods, Carytown. “Virginia’s Grand Motion Picture Palace” was built in 1928, and recently celebrated its 90th birthday.

Today, the theatre shows second-run movies, big-screen classics, and family friendly films and of course, the beloved anti-litter trailer shown before every one of them.

The Byrd Theatre Foundation, owner of the theatre, was established in 2001 as a 501(c)3 not-for-profit corporation. Its mission is to expand the big screen experience, celebrate the art of cinema, and preserve the theatre for future generations. Its leaders have a vision to elevate the Byrd’s landmark position among American theatres.

In 2018, the Foundation’s Board needed to refinance the mortgage on the theatre, and they ultimately chose VCC for the refinancing.  Through that process, the Foundation learned that VCC offered much more than loans -individuals and institutions can open deposit accounts with VCC’s FDIC-insured subsidiary, VCC Bank. VCC then reinvests those dollars to educate, grow, and build sustainable communities in Virginia and beyond. Depositors earn a market rate of return while knowing they are helping build vibrant communities.

During the theatre’s 90th anniversary celebration, the Byrd Theatre Foundation celebrated with a capital campaign. “After the capital campaign, we had new dollars that we wanted to safely invest and grow over time,” says Ted Haynes, president of the Byrd Theatre Foundation. The Board’s finance committee reviewed options on where to direct the funds, and a recommendation was made to deposit with VCC. The organization opened a $220,000 Premium Money Market Account with the bank.

“Opening a deposit account gave us a broader banking relationship with VCC,” Haynes says. “All things being equal, we want to put our money back into the community where we came from. VCC’s commitment to the local community — and doing good while doing well — mirrors our own commitment to being a community resource. The fact that our missions were aligned fed nicely into our decision.”