VCC's Christiansburg office will open at 10am on Thursday, Feb. 2 due to inclement weather. 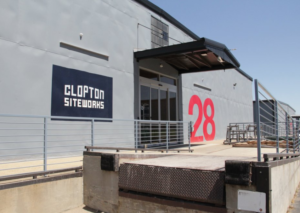 Virginia Community Capital has a mission to support development and job growth throughout Virginia. You’ll find an example in the greater Richmond area, where we have been working alongside numerous partners to rebuild the Jefferson Davis Highway corridor, which starts in the south of the city and extends well into Chesterfield County.

The corridor was once a thriving thoroughfare, connecting Richmond to Petersburg before Interstate 95 was constructed in the 1950s. Diverting traffic to 95 meant the beginnings of Jeff Davis decay – travelers bypassed the hotels, crime and poverty rose, and empty storefronts became the norm. Renewal and revival have been slow to come. But even if challenges lay ahead in the future, opportunities are emerging today.

We owe a special thanks to Altria, which in July 2014 awarded $370,000 in grant funding to VCC to support small businesses wishing to relocate or expand along the corridor.

In a little over three years, and in partnership with the city of Richmond, VCC deployed nearly $2 million in loans to Jeff Davis corridor businesses in need of both financial support and technical assistance.

Meet one of the businesses: YME Landscaping 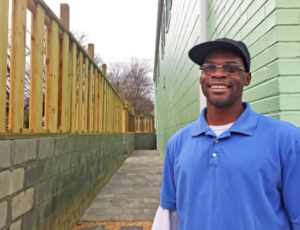 In 2016, VCC financed YME Landscaping, a full-service landscaper serving clients from local city and state governments to private businesses and residential customers. Founded in 2007, YME is a veteran-owned and certified Small, Women, and Minority (SWaM) business with three full-time employees and four part-timers. Owner Earl Gary spent his career as an engineer and worked on energy efficiency projects around the region. Recalling his enjoyment as a youth working for his grandfather’s landscaping business, Gary decided to pick up the tools again and go out on his own doing the same. YME provides a range of traditional landscaping and maintenance services, exterior home improvements, hardscaping (retaining walls, walkways), planting of trees and shrubs, small equipment repairs, snow removal, furniture and debris removal, and even moving services.

VCC has supported projects such as Clopton SiteWorks, a development transforming a grid of 26 tobacco warehouses in south Richmond into flexible, modern office and warehouse spaces for a new generation of emerging companies. The project’s ultimate goal is to bring 500 jobs to Jeff Davis.