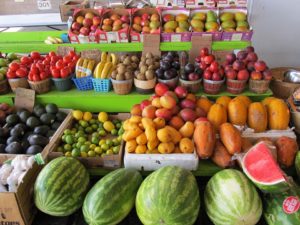 The Oasis Project, a citizens group formed with the goal of bringing a grocery store to downtown Lynchburg, received encouraging news last month when a market feasibility study commissioned by the group showed a small-sized store between 4,500 and 11,000 square feet could be viable. The study cost a total of $7,500, the majority of which was funded by community development financial institution Virginia Community Capital. The Oasis Project will pay $1,452 toward the study, all of which was raised through donations from group members.

“We’re excited about the possibilities,” said Jeff Smith, executive director of Rush Homes, a nonprofit that provides affordable housing to low-income residents and those with disabilities, and an Oasis Project member. “There’s a lot to do yet, but it shines a bit of light in the area, and that shows us that this is possible. That’s a big deal.”

Read the full piece at The News & Advance.